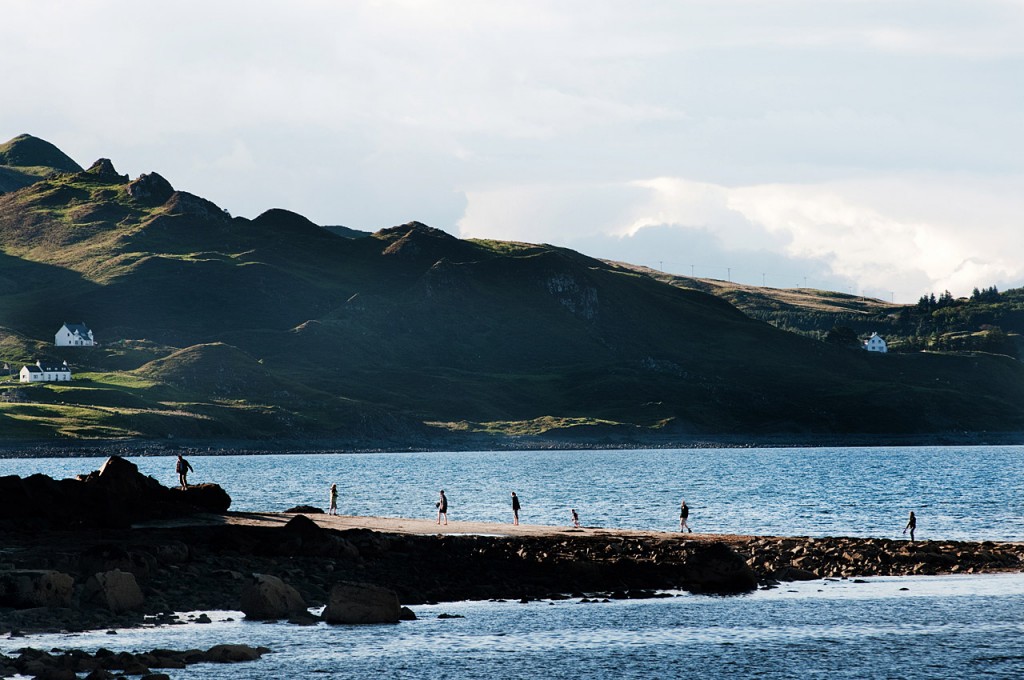 A family return to their car – Staffin, Skye

The last few weeks have seen some tough decisions taken with regard to the layout and design of the Scotland book. Something just didn’t look right and for quite a while i couldn’t figure out quite what the problem was even though the April deadline for a release was looming.

Eventually it became clear that it was the narrative of the book that was wrong and so, with some trepidation, i decided to make some large changes to the narrative, layout and order of the images which has resulted in a better looking book… but also a larger one. Originally i planned to have a maximum of 100 pages , however, the current book design has 164 pages boosted by some newly added photography. In one afternoon i managed to advance further than i had in several weeks, such is the way that the creative process ebbs and flows.

The text for the book will be influenced from a number of reading sources. The landscape and history of the Scottish Highlands are firmly entwined and a wonderful book  by the author J.J Bell called ‘The Glory of Scotland‘, has been especially influential. Published in 1932, the book remains an entertaining, if slightly dated, guide to the land and people of Scotland, and yet much of J.J Bell’s writing still holds true today. The outdated elements add a certain charm to the reading though. One beautifully written section dealing with the ferry over to Skye advises ‘if you have a car it is well to wire “stationmaster, Kyle of Lochalsh”  in advance‘. I must remember to telegram ahead on my next visit.

So the book now has a provisional release date of late June. This has been a tough project so far but it needs to be 100% right and i would rather delay to get something right than rush and regret later.  After all, the book will be on the shelf to act as a constant reminder. 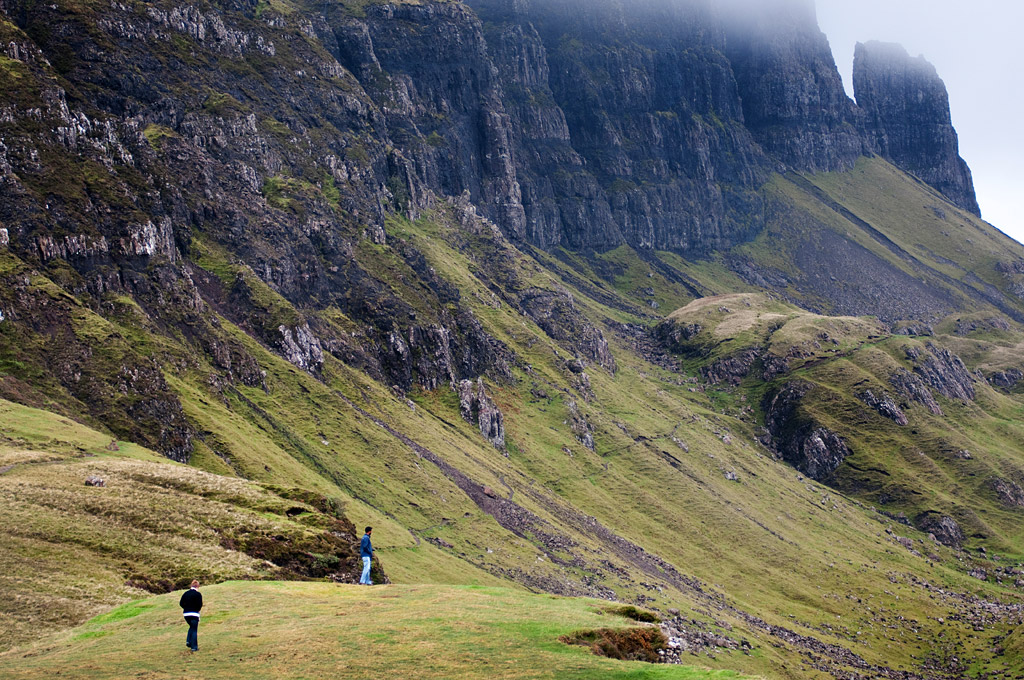 Tourists at the Trotternish Ridge, Skye

Time for some updates about the two books due for release over the next year or so, and there is some good news and bad news.

First of all we’ll start with the bad news that the book releases have been delayed until 2014. This is due to work commitments and delays in the design of the books. Getting the books exactly right is the first priority and i don’t want to rush such important projects.

So now to the good news. 2014 will see two books launched with the first being the Scotland book. The Norfolk Project book will be released in the late summer. Originally the plan had been to do the Norfolk book first, but work on the Scotland /Skye photography book (the book title has yet to be decided) is coming along nicely with already 78 pages completed. The exact number of pages in this 13×11 (33x28cm) landscape format book has also yet to be decided but it will certainly be over 100 pages.

As for the Norfolk Project book , well it needs more time for design and development. Scanning all of the images required for the book is just one epic task that needs doing. Again the number of images has yet to be decided but it will be a big book – most likely the biggest I’ve done so far.

Finally, Sea, Sky, Sand and Street, my 2011 Norfolk photography book, is now available to download AGAIN from Blurb. Sadly the eBook hasn’t been available for a while after changes were made on the Blurb website that were not communicated to me! The iPad edition of the book has been added again  and can be purchased on my Blurb bookshop for £3.49

The book has also been sent to Apple for review and, hopefully, inclusion in the Apple iBookstore. The review should take two to three weeks and if everything goes swimmingly, Sun, Sky, Sea and Street will be purchasable from iTunes for £3.49 too. 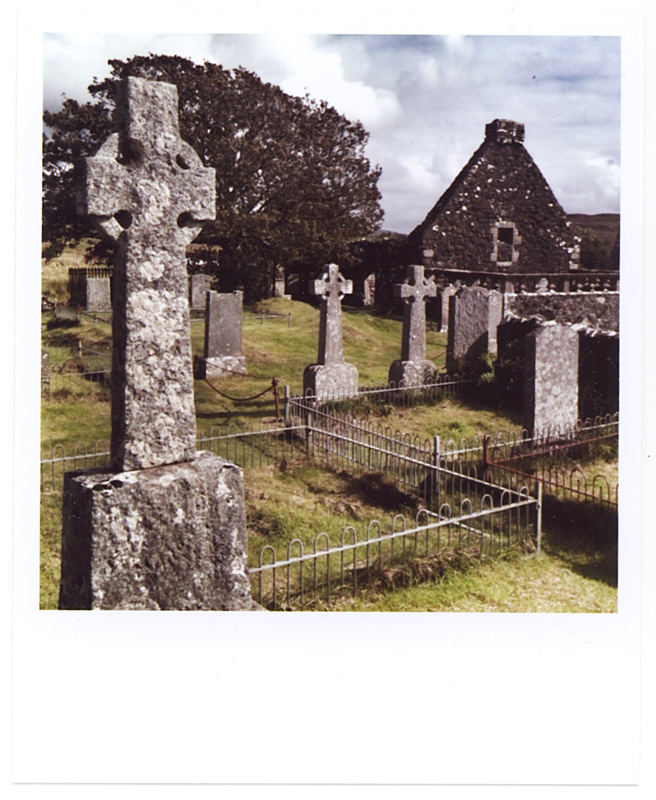 Mobile phones have dramatically changed the way we view and take pictures. We now have the ability to capture and share images with our friends and family easily. Even photojournalists have started to embrace the phone as a imaging making tool. There is even a photographic project on this very website produced using an iPhone.

We often post images to the web,  but a recent post on a friend’s website in the States put me onto a service called Printic who can deliver photographic prints to you via their iPhone app. The Printic app contains all you need to order prints direct from the camera roll of your phone. Just select the images you want, crop and edit the images to suit, select an address you wish the images to be shipped to and then pay using a credit card or paypal. Simple.

So what are the results like? Well I’ve used the service twice to have nine of my Scotland photos printed and the results have been excellent. The prints you get back are in a 3×4 inch Polaroid Instamatic type of style with a square image at the top and a holding strip at the bottom.  Image quality is excellent with the tones, colours and gamma just like the original and the paper weight is similar to any normal photographic paper. The prints sizes and shape are perfect for getting prints from Hipstamatic or Instagram but if you shoot anything other than square, Printic doesn’t offer that paper size option. Hopefully more paper sizes will become available soon.

The cost of each print is $0.99 / 0,79€ and a minimum of three prints is needed for each order. I received five prints for £3.50 within five days of ordering. One nice touch is that you can send prints direct to another postal address making it simple to deliver prints to friends and family. Not only does the service have uses for producing prints for the family album, it’s also a great way of getting great quality work prints for pro photographers shooting project work.

I will certainly use the Printic service again and the great thing is you can order from where ever you are so the prints can be waiting for you when you get home. As for my prints, well I’m going to mount and frame a few of them and hang them around my editing area.

More information about Printic can be found on their website at http://printicapp.com

This time last month i was in the Highlands, a remarkably beautiful place that is a photographer’s paradise. Images are round ever corner whether it be the mountains, the lochs or castles like Eilean Donan seen in the image above. The visit, as well as being a great creative canvas,  made me rethink  a one of my planned projects.

Originally I intended to release another photography book about the Highlands later this year, but after some thought I’ve decided to delay the book until late next year. The reasons are many but what it really comes down to is two factors. First i think the idea of doing a book each year is rather limiting.

A book should only be released if it has strong photographs, otherwise it is just a waste of time. Secondly,  the Sea, Sky, Sand and Street project worked well and produced a strong photography book. To rush and  release something when it isn’t complete or ready seems ridiculous. You don’t make a book just for making’s sake, it has to be right!

The images taken up there this year are a start. The foundations have been laid and next year more photography will be shot to  be added to the book project.

So it looks like 2012 will see no book releases by me. I’m happy enough with that. I’d rather release a great book occasionally that a weak one each year. One book remains on the list for release next year. The  Norfolk Project photography book, covering over ten years of photos will take shape over the coming months with a release due for the summer of 2013.

20% off photograph copying and repairs in January

Ribbon photo created by kstudio To celebrate the arrival of 2021 (and saying goodbye to the horrible year that was 2020) all through January the photograph copying and repair orders will have[...] Read More

A follow on from the last posted image of the Mull

Big Scare. No that is really what this rock is cal

Got back home yesterday after a week ot the Mull o

The lighthouse fog horn was pressurised and fired

Over the garden wall. Mull of Galloway lighthouse.

Quite warm once you get out the wind. Luna and me

Road to the lighthouse. Watched the film The Vanis

No fear flock! Sheep on the edge of the cliff. The

No fishing below foghorn. Fortunately the foghorn

The return of Lady Iris. Fishing boat returns to t

Cromer Pier, 2008. The photo was taken from the gr

Powered by Convert Plus
20% Off photograph copying and repair during June and July.