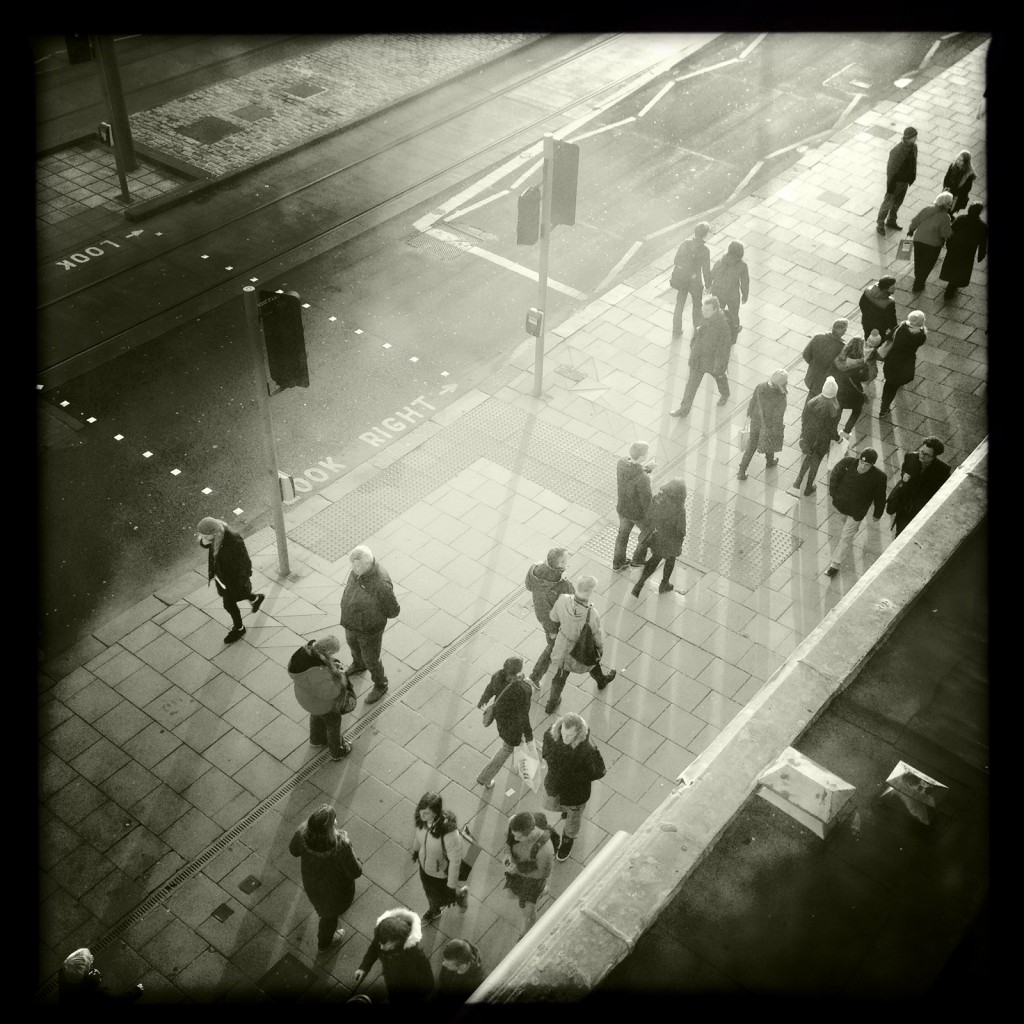 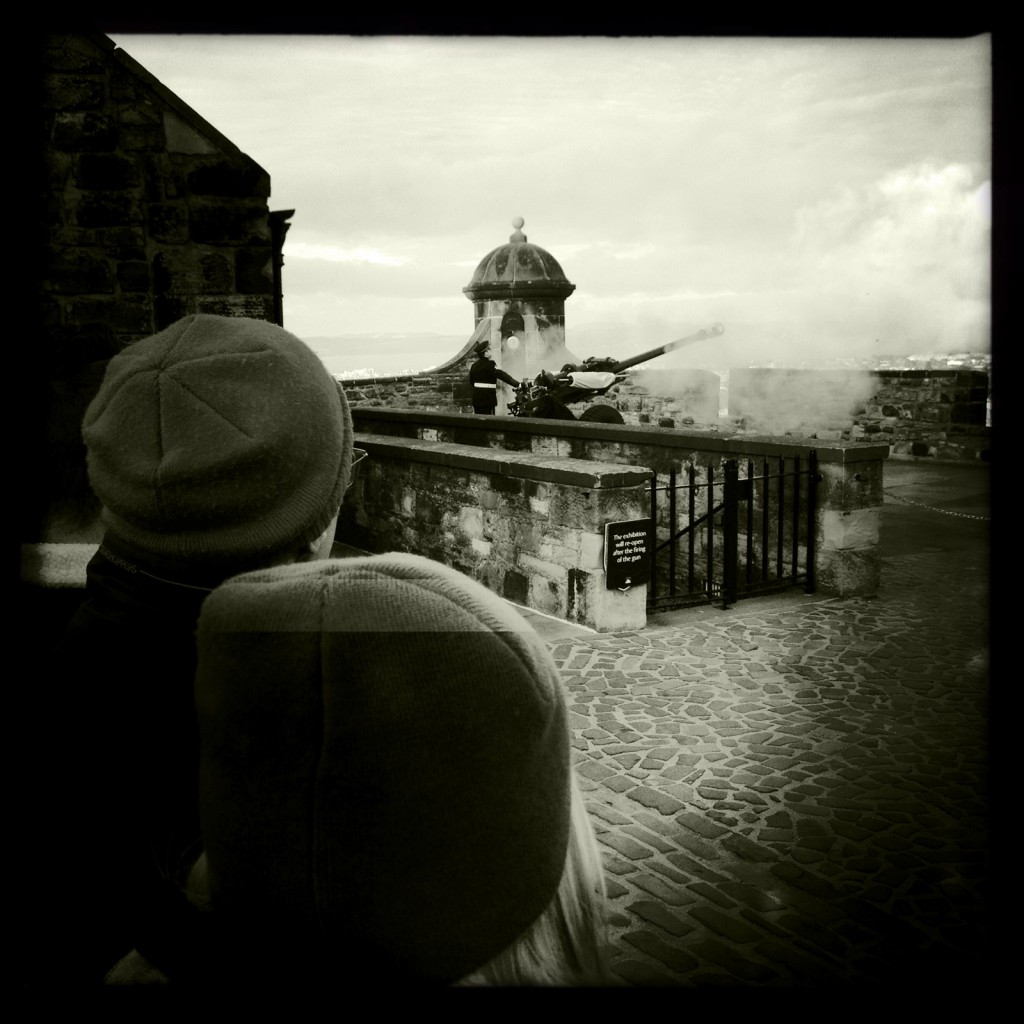 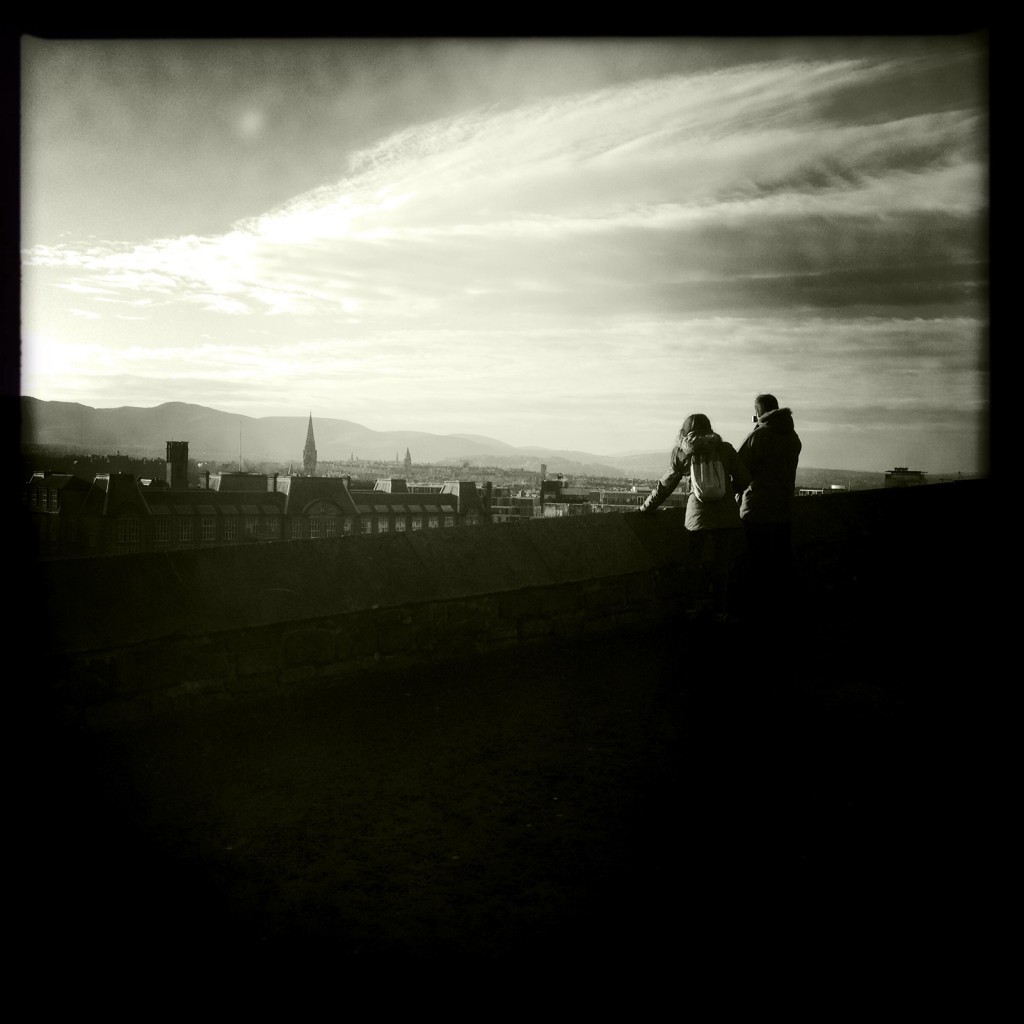 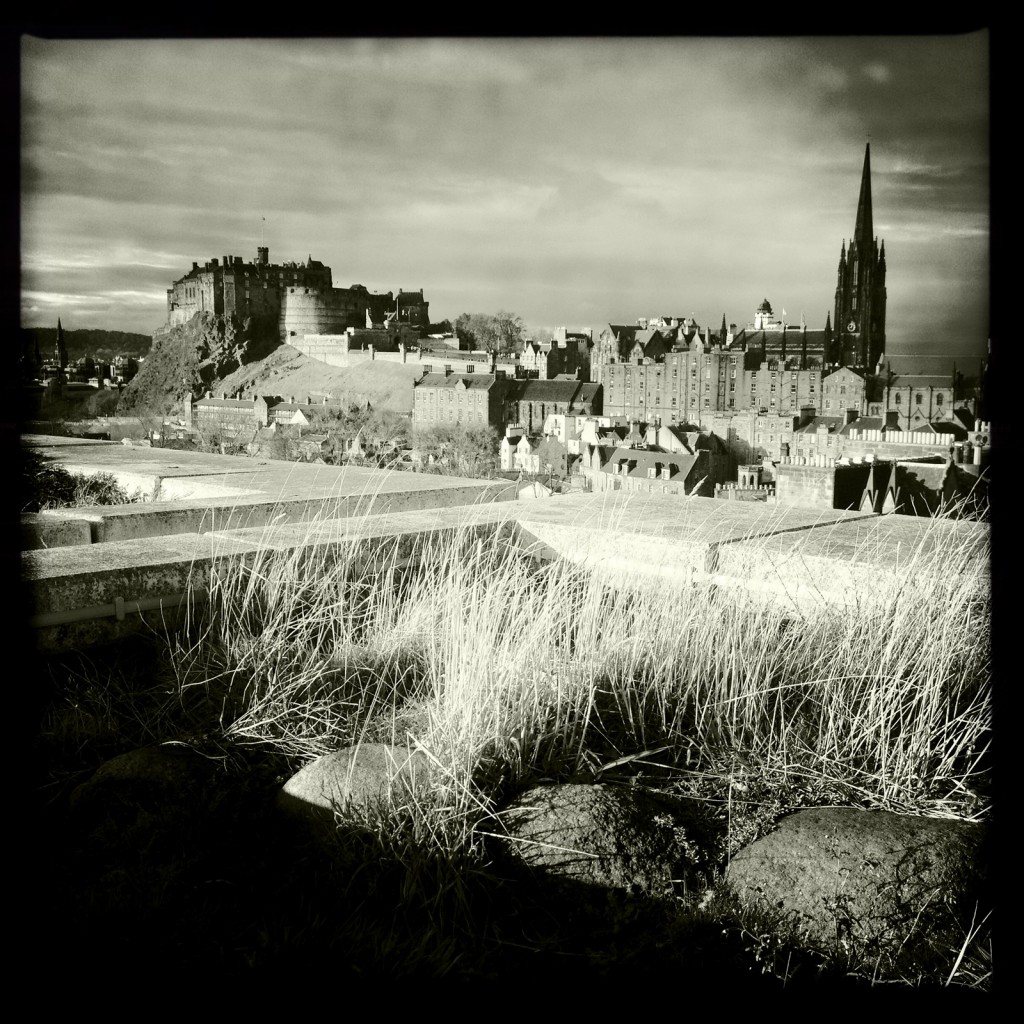 A week-long visit to Edinburgh in December 2015 sparked off a street photography project that would become the Two Towns project.

Edinburgh features two distinctly different areas within the centre of the city. The old town is the original historic area of the city including the Royal Mile and Edinburgh Castle.

The new town with a grid system came later after the Nor Loch was drained to aid the city’s expansion. The main shopping area of Princes Street is located in the new town.

The photography came together quite instinctively and borrowed from earlier iPhone shot projects. The biggest benefit of shooting images on the street with a mobile phone is the speed. It also doesn’t attract attention especially in a city packed with tourists like Edinburgh.

The Hipstamatic photo app was employed again using similar filter settings to those used for the Sea, Sky, Sand and Street project a few years earlier. A number of small changes were made to improve image clarity.

Shooting at night proved to be tricky but not impossible with the iPhone 4s. Probably the worst lighting was encountered on board the Necrobus, a ghost tour bus that combined comedy, theatre and Edinburgh’s haunted locations.

Fortunately, there was just enough light to get a good colour portrait of Jasper the creepy conductor. It did help that he posed for the picture though.

My favourite image from the project is the One o’clock Gun photograph. I like the depth in the image with the hat-wearing visitors in the foreground to the smoke from the L118 105mm field gun. It is a very popular event for tourists and the image captures that scene perfectly.

Waiting for the gun to be fired felt like an eternity and, like the firing of the gun itself, it was a one-shot photo. No retakes!

The book will contain approximately 50 images from the project.

The current release date has been set for Q4 2020. Although most of the book is in place, I would like to release the book near Christmas. Sadly workload and book text problems have delayed the release more than once. The project also turned out to be far more personal than I’d imagined with the trip being the final full family holiday before my mother’s cancer diagnosis in 2016.

November 2022 will mark the seventh anniversary of the trip to Edinburgh so the current provisional release date is November 2022.

More details will be added to this page as the project comes closer to release.

The Two Towns photography is an offshoot of the Scotland: Lowlands, Highlands and Islands project.

iPad/iPhone Apple® iBooks® editions are also available via Blurb and iTunes for £2.49

Caught by the Tide

By by Richard Flint