Home›Blog›The Test Strip Photoblog›From the Archive: The Sunbather
Previous Next 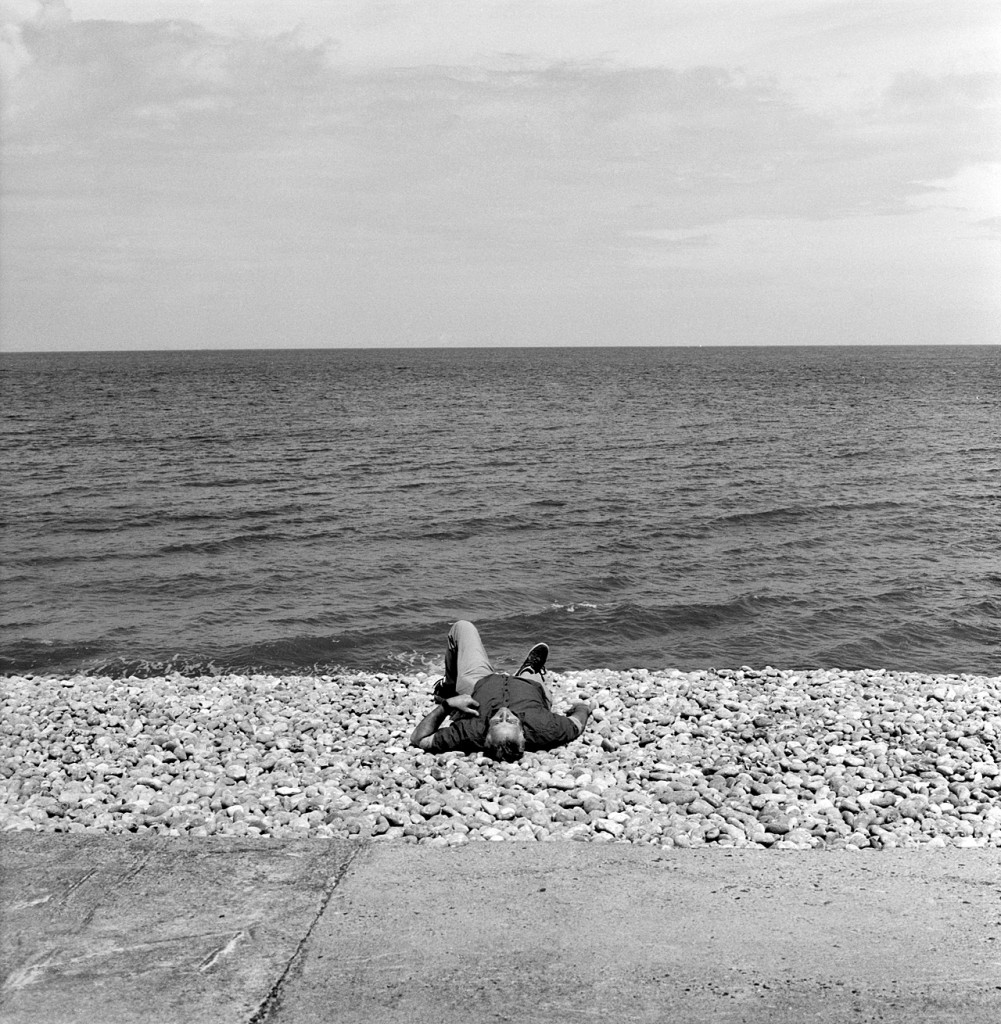 No matter how many times i look at this photo, i still can’t believe that the man was comfortable lying on that pebble beach. He did seem to be enjoying soaking up some rays.

This image was taken on the sea front at Sheringham in Norfolk around 2008. Walking along the sea front, i could see this chap sunbathing from quite a way off and I just hoped that he would stay there until i could get there… AND get the photograph. Fortunately he didn’t move even though he was literally just a couple of yards from the sea front path with people walking by. No one paid him the slightest bit of notice.

As luck would have it, a bench was located directly across from where my sunbather lay that provided a place to sit and a lower viewpoint for the photography. The resulting image is one of my favourites from the Norfolk Project combining a surreal moment with some humour. On the return journey, after visiting the lifeboat station at the end of Sheringham’s sea front, i noticed that he’d gone. I suspect he was waiting for his wife to return from town.

The 6×6 format was used a lot in the Norfolk Project, mostly in a landscape role, but I also found it good for street images like this one. I would often remove the prism finder and look as though i was cleaning the camera – then focus and get the image. I imagine most people thought i couldn’t take a photo with a piece of the camera missing!

The camera was a Bronica SQAi using a 80mm lens. Film stock was Ilford FP4. Sadly i haven’t shot much 6×6 in recent years. I think it’s time to revisit the 6×6 format again sometime soon.

More images from the Norfolk Project can be found HERE.