From the Archive: Salthouse Couple 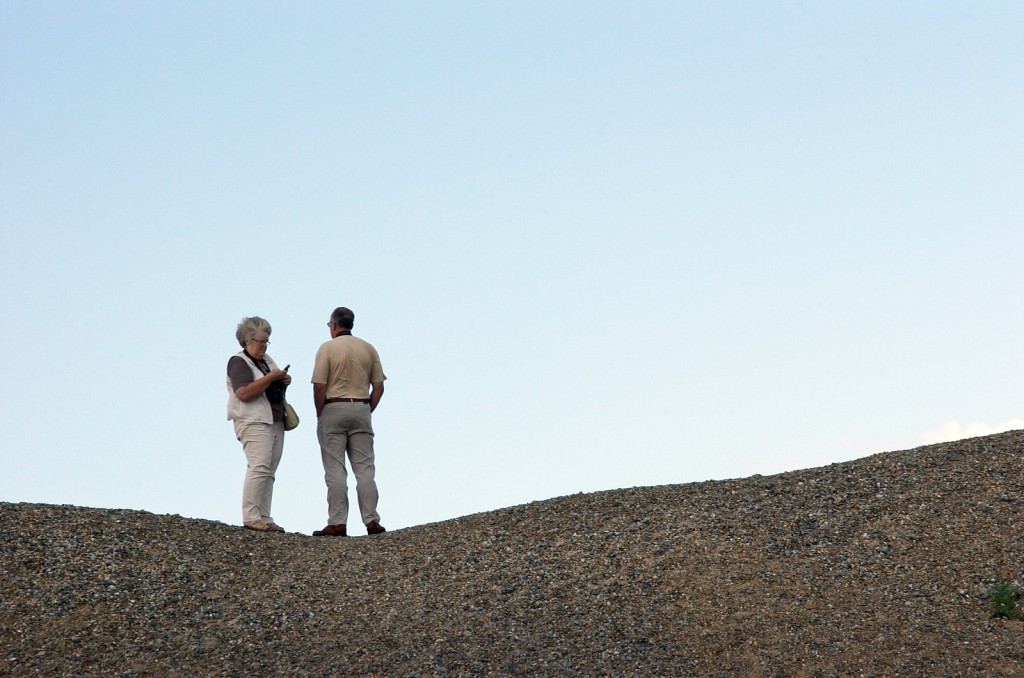 Another photo from the archive… and yet another image of a couple.

This image was shot in Norfolk near Salthouse, a small village on the North Norfolk Coast around 2008. I was parked in the car park near to the beach and saw this couple, just as i was about to tuck into some fish n’ chips. Sadly the car park no longer exists due to coastal erosion. Gone too is the large pebble sea defence the couple are standing on. Both were claimed back by the sea within the last few years.

The two postures, her intent concentration on using her mobile phone and his gaze out to sea, combined with the line of the sea defence banking compliment, and yet contradict, each other nicely. The lady was distracted by the phone and yet the man was obviously more interested in the seascape before him. Maybe the image says something about how easily we can be distracted by technology or our surroundings  –  the prevalence of the smart phone in recent years has only made the distraction even worse.

Around three images were shot on the Nikon D2H before they moved position – the text message read or answered.